‘Evenings at the Archives’: Maisie Austin, ‘The History of Northern Territory Stolen Generations’ 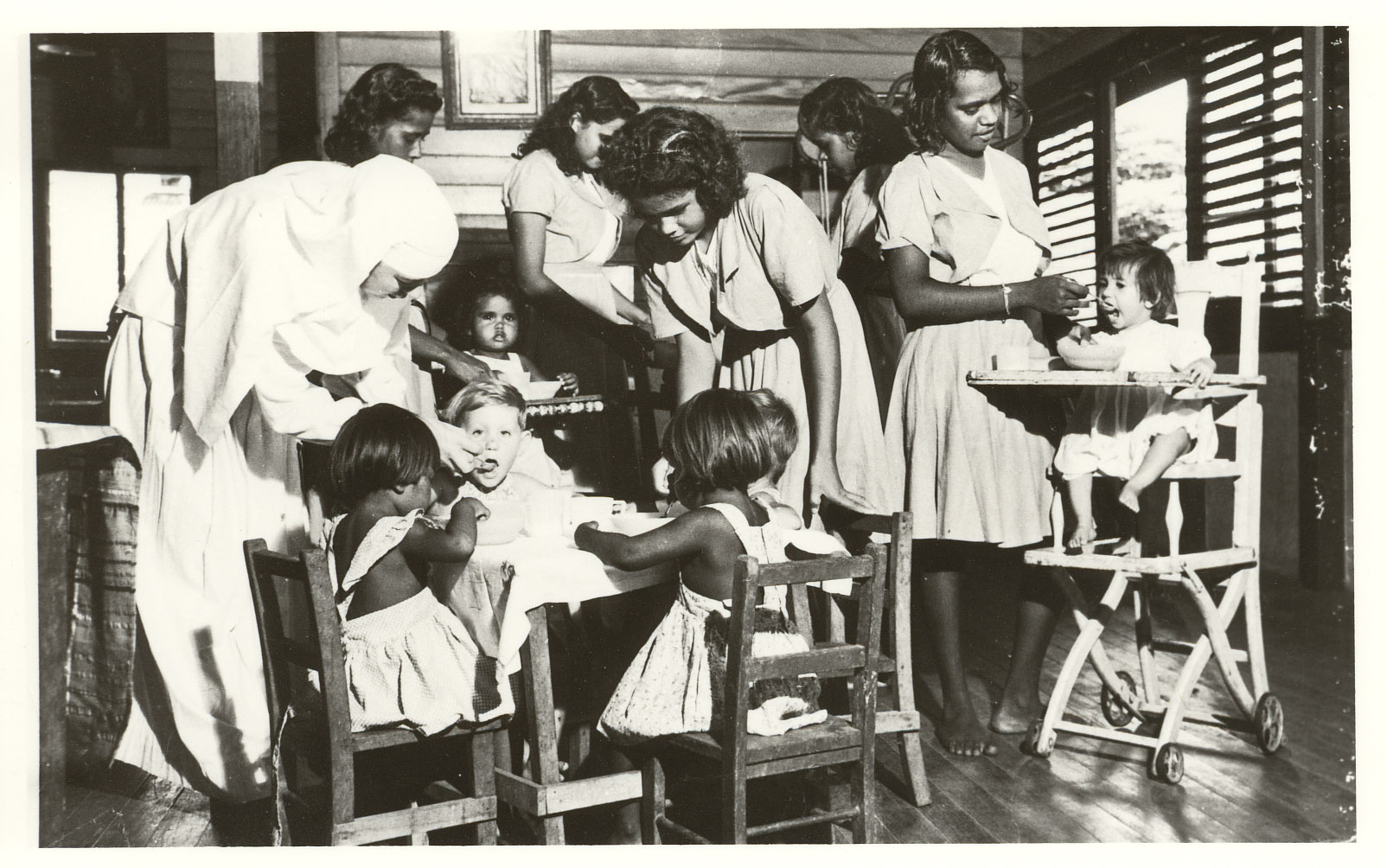 Aboriginal and Torres Strait Islander readers are respectfully advised that this image may include people who have died.

Join us at the Archives Centre in Millner on Tuesday 5 July 2022 at 5.30pm for Maisie Austin’s 'Evenings at the Archives' talk: ‘The History of Northern Territory Stolen Generations’.

Maisie’s talk will focus on the many Northern Territory Aboriginal and Torres Strait Islander children of mixed descent who were forcibly removed from their families and community. Focussing on the homes and institutions the children were sent to, Maisie will discuss the impact removal had on their lives, together with the survival, resilience and determination the children demonstrated in the years that followed.

Many records relating to this system of removal, and other personal stories are held by LANT, which can be accessed for research by families and researchers for historical and educational purposes.

Maisie’s publication, ‘The History of the Northern Territory Stolen Generations’ is the first of its kind and is significant because it tells an aspect of Australian history which is not well understood.

Maisie Austin is the fourth of 13 children to Mona and Charles Adams. She is a descendent of Wutharthi and Yadaykenu (Yadaigana) through her grandmother Tidja Adams and great-grandmother Nara Jira Para Malay (nee Pablo), and is the god-daughter of the late Henry Seaman Dan. Maisie currently serves as the Chief Executive Officer of the Northern Territory Stolen Generations Aboriginal Corporation which provides the Top End Link Up Service. Its objective is to provide an opportunity for members of Stolen Generations to find and re-establish family connections, particularly with immediate family members through family tracing, reunions and counselling.