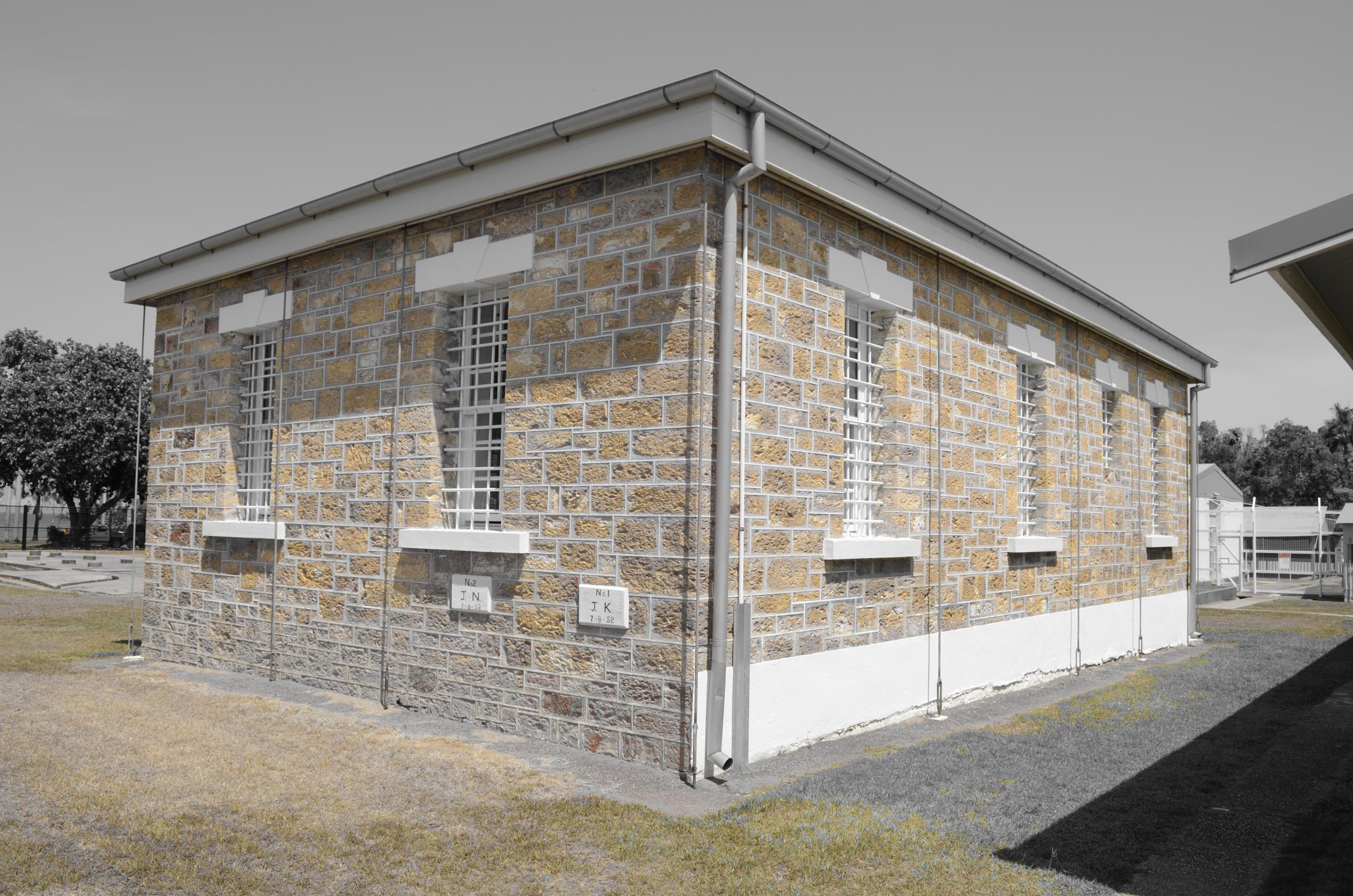 Join Don Christophersen from Library & Archives NT and Curator of the exhibition A Little Bit of Justice – The Drawings of Charlie Flannigan and Jared Archibald, Curator of Territory History from the Museum and Art Gallery of the Northern Territory on an insightful tour of Fannie Bay Gaol. The tour will trace the final chapters of Charlie Flannigan’s life – from his extradition to the Territory, imprisonment and then his death on the gallows.

Charlie Flannigan was an Aboriginal stockman and the first man to be hanged in the Northern Territory 1893. He was incarcerated at Fannie Bay Gaol whilst waiting trial for the murder of Sam Croker a station master at Auvergne. During his nine months in solitary confinement, he sketched over 82 drawings detailing his life story.

Come discover how Charlie Flannigan’s drawings were created under the arduous conditions of a 19th century prison system and why his impending death sentence prompted public outcry at the time.

Charlie Flannigan’s drawings are featured in the exhibition titled A Little Bit of Justice – The Drawings of Charlie Flannigan, currently  at the Northern Territory Library at Parliament House until 27 June 2021.

Places are strictly limited and bookings are essential for this event via Eventbrite.

It is advised to bring a hat and wear sensible shoes when walking the grounds of the Gaol.

This event is being hosted in collaboration with Library & Archives NT and Museum and Art Gallery of the Northern Territory.

This event is being hosted in collaboration with Library & Archives NT and Museum and Art Gallery of the Northern Territory.