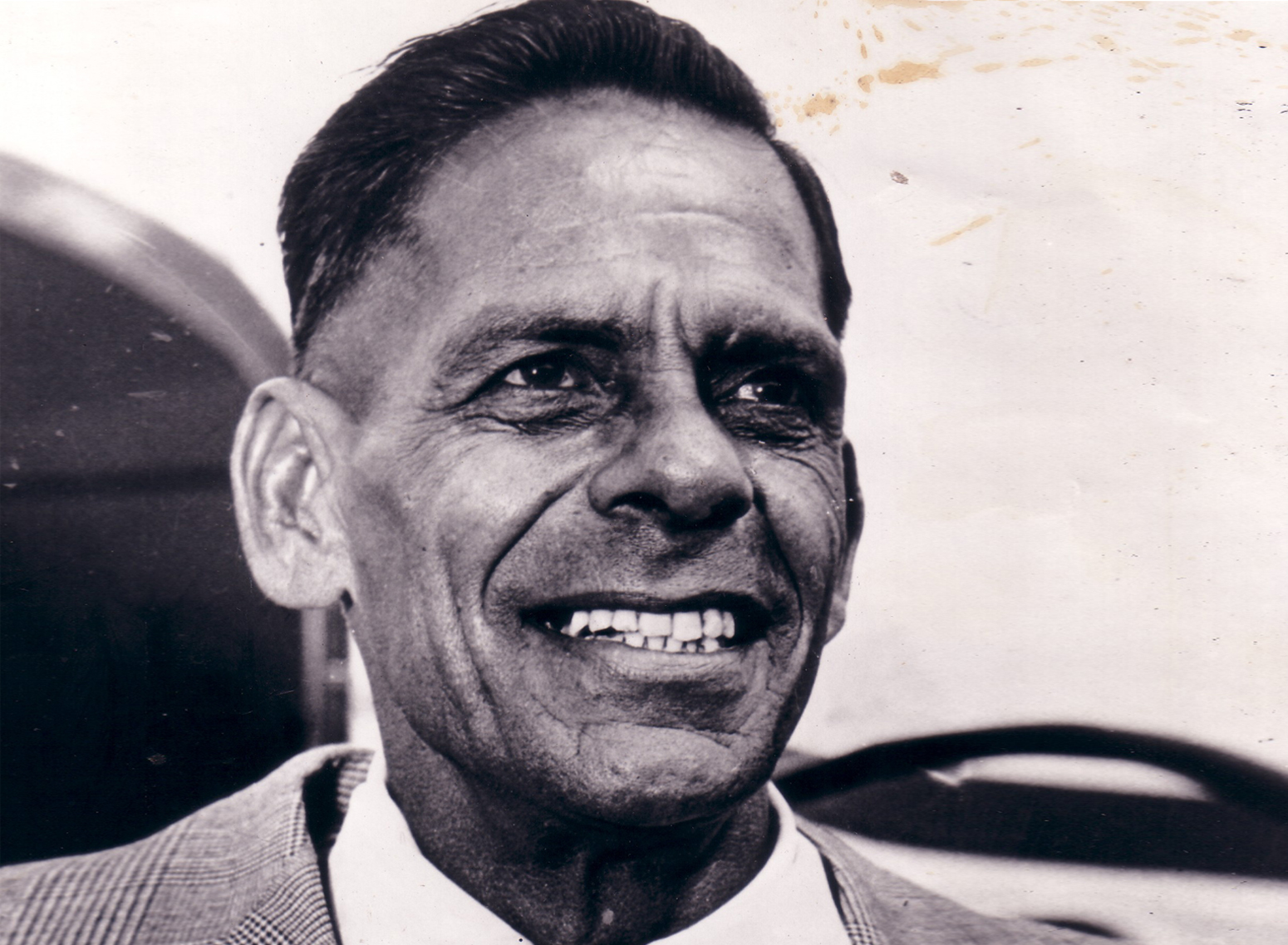 Railway worker, footballer, union leader, fighter for worker’s rights and the rights of his people - Jack McGinness’s story is one that all Territorians should know. Born John Francis 'Jack' McGinness to Kungarakan matriarch Lucy Alyandabu and Irishman Stephen McGinness, Jack was Australia's first elected Indigenous union leader. Jungung: Jack McGinness: Plaiting the Grass for family, the community and the future 1902 -1973 is his story told by his daughter, Kungarakan-Gurindji Elder, Kathy Mills

After joining the Union in 1923, Jack moved his family to Katherine to work on the railways. After the war, and evacuation to South Australia, Jack returned to Darwin and became President of the Half-caste Progressive Association which advocated for citizenship rights for its members. Jack then became president of the North Australia Workers Union from 1955-56 to 1957-58 and 1962-63. He fought for workers and Aboriginal rights until his death in 1973.

His daughter Kathy Mills has followed in his footsteps, advocating for the rights of her people. Her work in establishing and participating in key Aboriginal organisations has seen her receive many awards, most recently an Order of Australia for services to the Indigenous community.

Please join Kathy Mills OAM, her son Robert Mills and others for the launch of her book Jungung: Jack McGinness: Plaiting the Grass for family, the community and the future 1902 -1973.

Books will be available for purchase at the launch for $25.