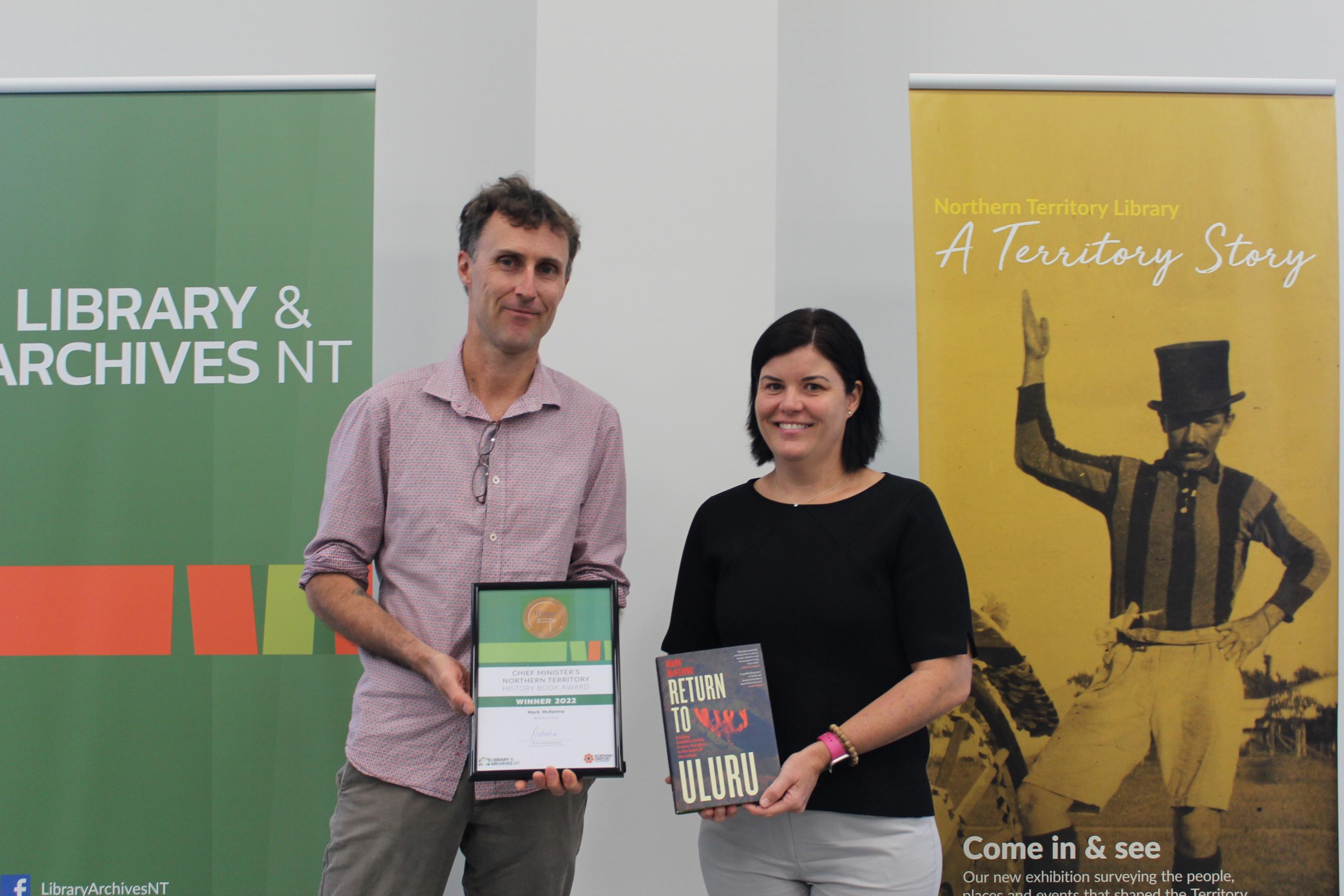 ‘Return to Uluru’ brings to life a cold case: the 1934 shooting of Aboriginal man Yokunnnuna by Bill McKinnon, a white policeman. The book highlights the Commonwealth’s inquiry into the case and the story of racial politics in the Northern Territory at the time.

Also, congratulations to Matt Garrick and Yothu Yindi co-founder Witiyana Marika who were highly commended for ‘Writing in the Sand’. This book details the epic journey of Yolngu/balanda rock band Yothu Yindi and the movement generated from their ground-breaking song ‘Treaty’.

Thanks for those who joined on the livestream and attended the ceremony.

Image: Charlie Ward accepting the award on behalf of Mark McKenna from the Honourable Natasha Fyles, Chief Minister of the Northern Territory. 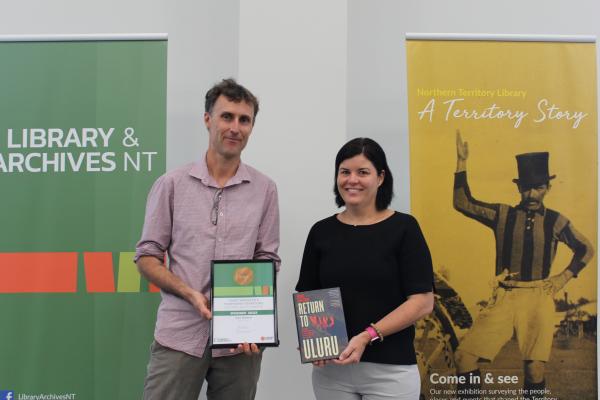 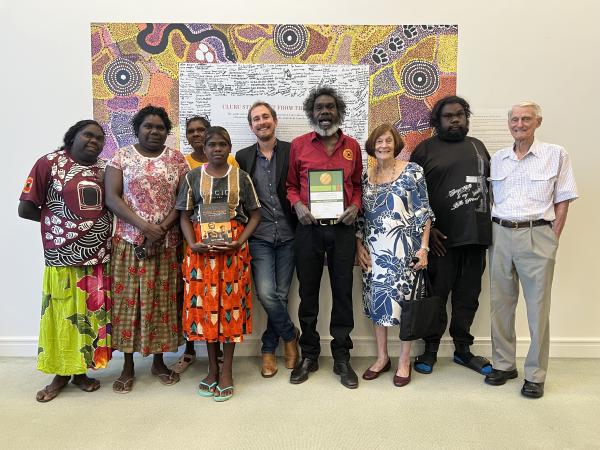 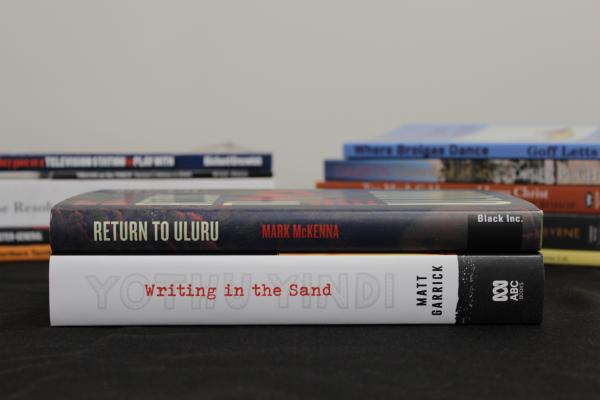