Celebrating the centenary of the Great Air Race 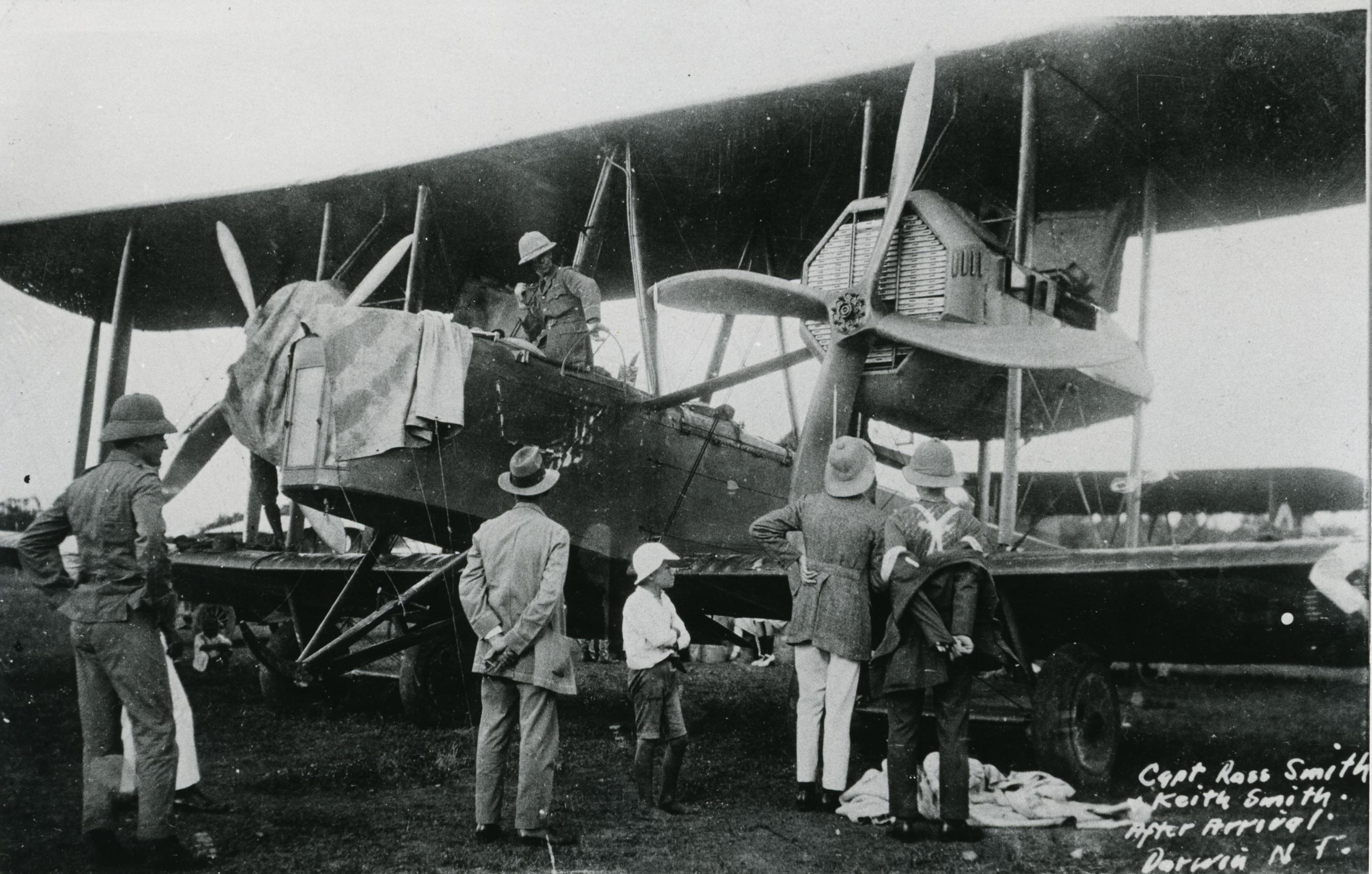 In the lead up to the centenary anniversary of the Great Air Race, the Northern Territory Library is proud to partner with Darwin Aviation Museum and present two talks as part of a five-part series.

On March 19, 1919, Acting Prime Minister William Watt announced on behalf of Prime Minister William “Billy” Hughes that the Commonwealth Government would offer a prize of £10,000 (nearly one million dollars in today’s money) for the first successful journey by an Australian-crewed aeroplane from London to Darwin in under 30 days.

At a time when few airfields existed and aeroplanes were not a common sight, Australia captivated the world’s attention and the event became known as the Great Air Race.

Step back in time and learn about the history of the Great Air Race with presenters from the Darwin Aviation Museum.

Curious to learn more about the Great Air Race ahead of the talks? Visit our Explore NT History.